Note that some regions overlap slightly, meaning that two region SoundBanks may be loaded at once. 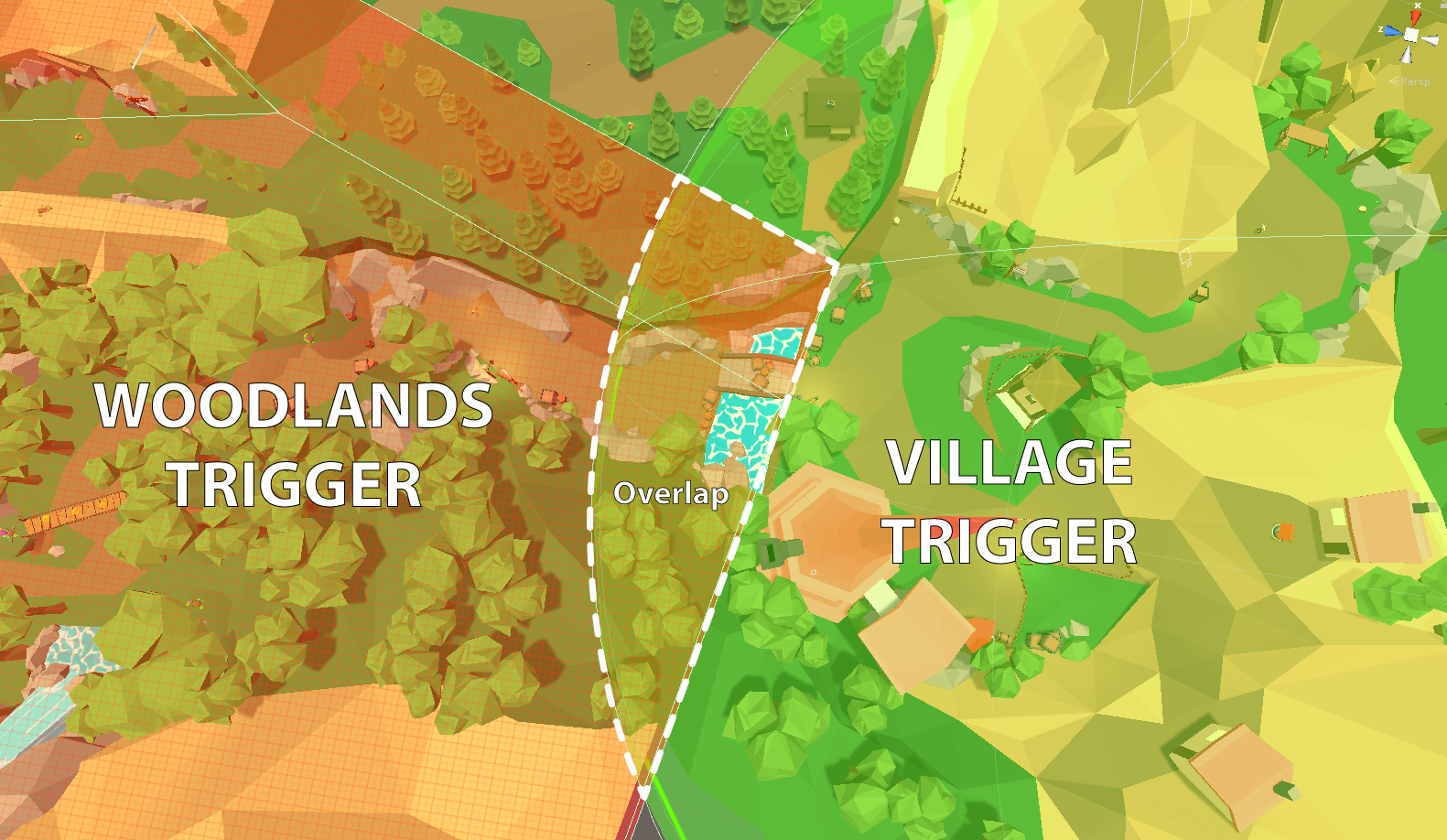 In the above image, you see a small area where the Village Trigger is overlapping the Woodlands Trigger. Using the same Event in both SoundBanks does duplicate the memory used in the overlapping area. The Event could even stop if your codec does not support media relocation. Media relocation is the ability to seek from a certain position in an audio file to the same location on the same audio file located in a different SoundBank. In this specific example, the Player_Footstep Switch Container is packaged in both Village and Woodlands SoundBanks. When one of the two SoundBanks gets unloaded, the playing footstep sound will seek to continue playing from the other SoundBank that is still loaded in memory. This ensures audio continuity and quick unloading of SoundBanks. Vorbis, ADPCM, OPUS and PCM all support Media Relocation, but not AAC and Opus.