A common method in structuring your game contents is separating them into sequences, episodes, or levels; the Wwise Adventure Game is no different. Currently, you are loading the Woodlands SoundBank when entering the Woodlands Trigger game object.

This approach is perfect for some games and very easy to set up, but with that method you have to ensure all Events in the Woodlands SoundBank are not posted before the SoundBank is loaded. Another method of achieving a similar result is to load the SoundBank from a Scene containing all the related Events. This allows you to very effectively manage the assets related to a SoundBank, and as the Awake and Start functions are called depending on the initialization of the Scene they are located in, you can use those Trigger On options to ensure that the assets are loaded in the correct order. 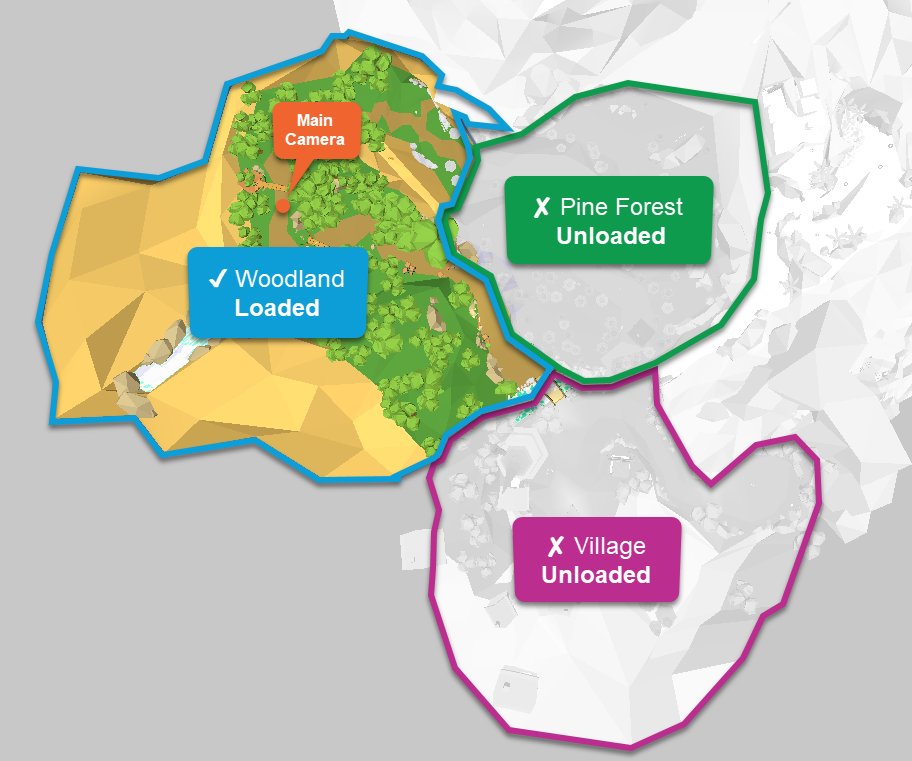 Another advantage is that by unloading a Scene in Unity, all Events within it will be stopped. As such, by keeping Woodlands exclusive content in it's own scene, you ensure all Events related to the region SoundBank start and stop along with the SoundBank. Moreover, you can also add any Unity game object to the scene, like enemies or a rotating windmill, allowing to better manage your game's memory and CPU usage. For more information on Unity additive scenes, please refer to the Unity documentation.

In the following steps, you will create a new Woodlands Scene, add the AkBank component into that Scene, and then load it.