For any game to enable sound, you need both an emitter and a listener. The emitter is the AkGameObj component handling the posted Events on the game object, whereas the listener refers to the game object with the AkAudioListener component.

In the above image, the emitter is the AkGameObj on the Ambient_River Event's game object. The listener is most often either the character you are controlling or the camera through which you are viewing. Decide thoughtfully on which is best for your situation. In the Wwise Adventure Game, the AkAudioListener component is added to the Main Camera. In the UniqueName's Hierarchy, you will find a Main Camera, a Directional Light, and a WwiseGlobal game object. 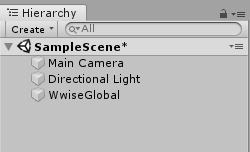 You have now added the Wwise Unity Integration Listener to the Capsule game object. 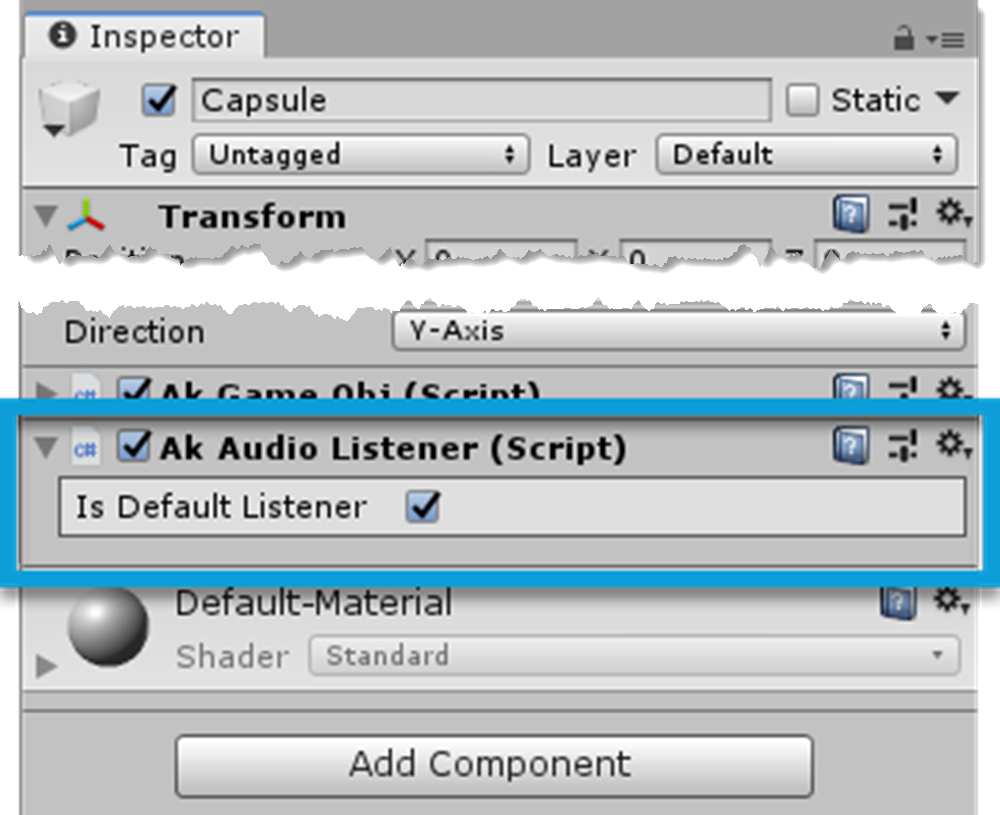