Every lesson you've completed so far was using the Wwise Adventure Game as the Unity project. To make things easier at first, we conveniently set up the integration for you ahead of time using the Wwise Adventure Game, but once you start assisting on other game projects or make your own, you will need to know how to set up the Wwise Unity Integration from scratch. By following these steps, you will be able to integrate Wwise into any new or existing Unity project you might assist in. For that you will need the Wwise Launcher that you installed in the Introduction.

When opening the UniqueName Unity Project, a new scene called 'SampleScene' will be shown in the Hierarchy. There you will find a Main Camera, a Directional Light, and a WwiseGlobal game object. 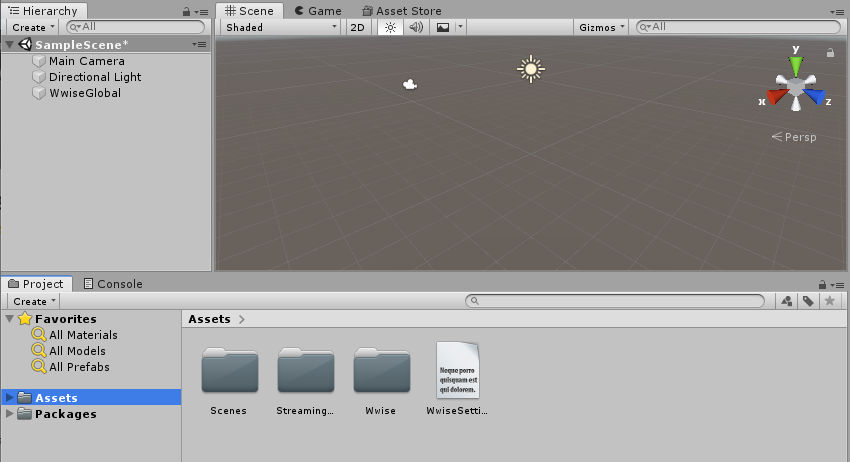 You have now successfully integrated the Wwise Unity Integration into a new Unity Project. You can also use this procedure to integrate Wwise into any older existing Unity project—just make sure to remove any Unity Audio components in Unity, so they will not conflict with the Wwise Unity Integration. From the lessons in this certification course, you will already know about various components like AkEvents or AkBank, but should you create it all from scratch, you should also be aware of two more components: the AkAudioListener and AkInitializer.