Another way to generate motion is by creating special Wwise objects, called Motion FX objects. These objects, like sound objects, contain a source. The motion source can be created from a Motion Generator plug-in.

When using Motion FX objects, you can build sophisticated motion structures, using containers and Actor-Mixers, to define the properties and behaviors of the motion effects. Since these motion effects are not necessarily tied to the audio in the game, they can be triggered at any point in game by their own events.

After enabling the use of Motion FX in the Project Settings, you can begin adding Motion FX objects with a Motion Generator source.

Adding a Motion Generator source to a Motion FX object

The Motion Generator source plug-in gives access to the authoring of motion effects based on duration and speed, in addition to envelope properties. A default setting can be used to define small and large curves for Motion FX, which are inherited for all dual-motor controller types. These default settings can be overridden on a per controller basis in order to fine-tune the motion experience. 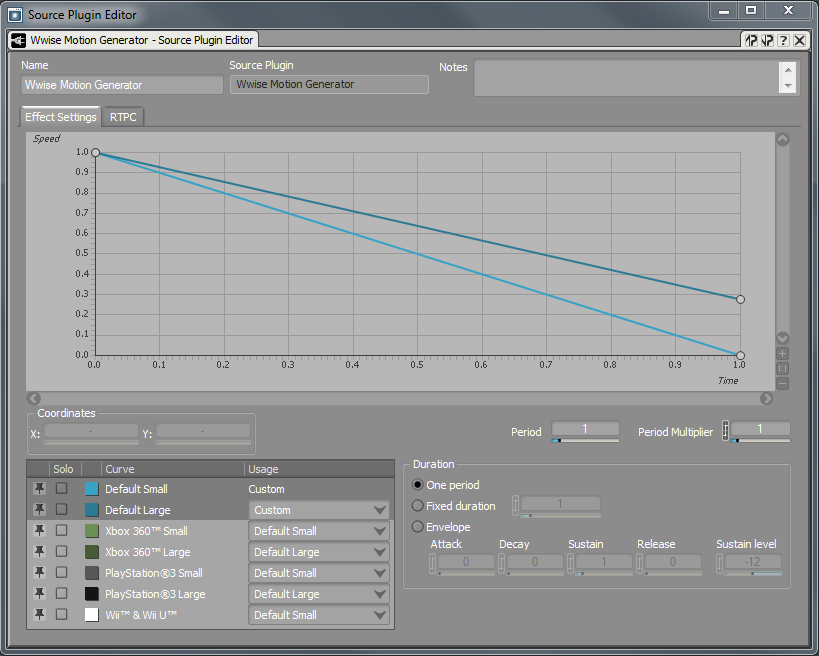 Of course, there will be situations where one method will be preferential over another. For a further discussion on the benefits of each of these methods, refer to Creating Motion for Your Game in the Wwise help documentation.

For additional information about Wwise Motion: