Getting Started with Dialogue and Non-Verbal Vocalizations

When working with dialogue you need to distinguish between spoken and non-verbal dialogue. Spoken dialogue usually needs to be localized in different languages whereas non-verbal dialogue represents the palette of emotional vocalizations not usually translated. In the case of non-localized audio files, variations can be added directly to a sound object, organized within the Actor-Mixer Hierarchy, and added to events just like any other sound effect. To handle these dialogue considerations, the process for importing Voice assets into the project differs from music and sound effects. The fundamental difference being the opportunity to determine project languages in preparation for localization.

The reference language for the project is used in various situations: 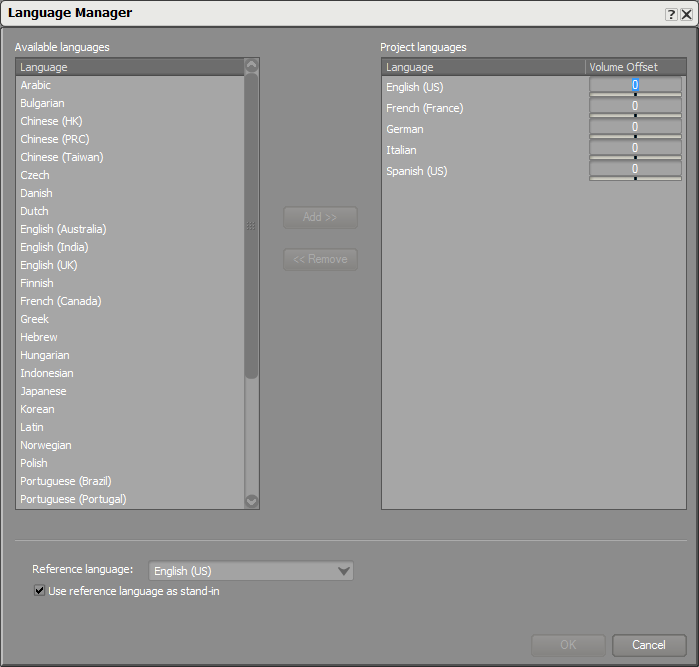 After you have selected the languages, localized voice files can be imported either through the Project menu, or by simply dragging and dropping files into the Project window. Selecting Import as Sound Voice prepares the object for localization based on project languages established in the Language Manager.

Importing dialogue as a Sound Voice in the Audio File Importer

After a Sound Voice has been imported in the reference language, additional localized files can be added.

A copy of the source audio files are then added to the project based on language. By default these files are copied to the Originals/Voice location within the project directory. 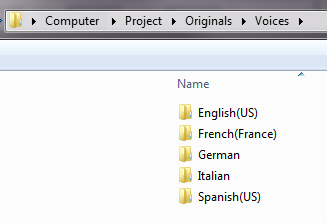